Everyone on this island has a history…

Esta has known nothing but Eden’s Isle her whole life. Raised by her grandmother, after a fire claimed her parents and scarred her face, she’s instructed to piety, to deference, and acquiescence by a religious society that will not suffer anything else. Cut off from the moral iniquity of the mainland, the island believes it can stay free of the Seawomen – creatures from the water that came upon land to corrupt God’s creation and Man. The inhabitants fear the water and believe the only way to remain virtuous is to never enter it, and for the women to conceive within 12 months of their appointed motheryear.

If they do not conceive, they’re cast back into the ocean as a sacrifice in an act called the Untethering.

Esta witnesses such an act as a child. Her childhood growing up on the island is fraught with tension as she comes to the terms with the prohibitive malaise of the culture she finds herself in. Before long, she gets a taste of freedom and the potential of the world that is much larger than Eden’s Isle. But she is bound, like many women before her, when she is married off and her motheryear is finally declared. Will she conceive a child in her loveless arranged marriage, or suffer the same fate of many women before her, and be Untethered?

This is my first Timms read, the most striking part of The Seawomen is the atmosphere. You can almost feel the wet cold in your bones even whilst sitting in a sunbeam on your own sofa.
In stark contrast to it’s beautiful, colourful cover there is a real weight to the oppression of women in The Seawomen and I was surprised by the depth in the dark tones of the religious community on the island.

This story is unbelievably tense, feeling the eyes of every villager judging Esta’s every move- ready to condemn the slightest misstep.
Women cannot go near, glance at or even mention the sea. This island is a prison, wardened by The Father.

Men can do no wrong in this world. Every tragedy no matter how great or small is blamed upon the Seawomen, and with no sighting or proof of such creatures the cause becomes a female islander. So of course their minds have been corrupted by these beings and the cursed individual responsible must be rooted out.

Esta’s grandmother is particularly devout in her belief and I came to quickly despise her for it. I wanted to rescue Esta, I cheered her curiosity and need to discover the truth and was frustrated each time her brainwashing won out- convincing her to pray harder, fast longer and turn away from the answers she sought.

Told in first from Esta’s perspective, we watch her grow from an orphaned child to a young woman, struggling against the restrictions of her world.
When her life is saved by the very creature Esta has always been taught to fear, a new opportunity arises. Cal has the answers to her questions, but will she listen? Will she believe?

Dark, haunting but beautiful, I recommend The Seawomen as a stark social horror wrapped in mild fantasy. 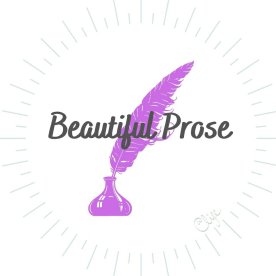