Published by Kids Can Press 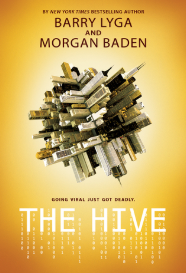 Cassie McKinney has always believed in the Hive.

Social media used to be out of control, after all. People were torn apart by trolls and doxxers. Even hackers – like Cassie’s dad – were powerless against it.

But then the Hive came. A better way to sanction people for what they do online. Cause trouble, get too many “condemns,” and a crowd can come after you, teach you a lesson in real life. It’s safer, fairer and perfectly legal.

Entering her senior year of high school, filled with grief over an unexpected loss, Cassie is primed to lash out. Egged on by new friends, she makes an edgy joke online. Cassie doubts anyone will notice.

But the Hive notices everything. And as her viral comment whips an entire country into a frenzy, the Hive demands retribution.

One moment Cassie is anonymous; the next, she’s infamous. And running for her life.

An absolutely fantastic read!
A terrifying look at modern day vigilantism born from online trolling.
In a time where one wrong comment can (and often does) ruin a person’s entire life The Hive gives us a look behind the curtain, what happens when you make that split second mistake?

When Cassie makes a joke in poor taste with the hope of trending online she becomes the ‘condemned’. But for a misdeed usually punishable by public humiliation, Cassie instead finds herself at the centre of a political plot on a scale she could never have imagined.

Happily there wasn’t too much coding jargon in this book, just enough for me to believe in what I was reading. When we first start getting into the creation of the Hive I thought ‘uhoh, they’re gonna lose me here!’ but even this simpleton followed and understood it easily.

My heart was in my throat whilst Cassie and the Ohm attempt to evade The Hive mobs and the police, those rapid pulse-pounding action scenes were my favourite parts of the book. I can think of nothing scarier than being hunted out in the world with no refuge.

Cassie made a fantastic protagonist, they really nailed the teen angst. Her inability to communicate her emotions openly and the constant underlying anger and pain of bereavement made Cassie belligerent and disconnected her from all those around her.
Cassie wasn’t always likeable which made her more authentic and added depth.
I really sympathized with her mother who was unable to do right from wrong.

Tish, TonyStark and RedDread were brilliant as the righteous opponents of Hive mentality. Their unwavering moral compasses and commitment to ending internet-led corruption was uplifting, especially given our current social climate.

The only minor issue for me was inclusion of an instalove plot. I felt it unnecessary and a little too cheesy for my liking. However, as someone who prefers to ignore romance in this type of story it probably bothered me more than it would other readers so I just glossed over it.

It seemed as though the end was set up for a sequel but for me this book works perfectly as a stand alone.

The entire concept of The Hive was honestly terrifying. In a world where the most heinous actions are somehow becoming legal, this fictional future is not as inconceivable as I wish it were. 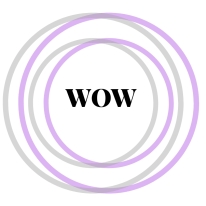 I received an ARC of this title from Netgalley in exchange for an honest review.