You won’t want to leave… until you can’t!

An imposing, isolated hotel, high up in the Swiss Alps, is the last place Elin Warner wants to be. But she’s taken time off from her job as a detective, so when she receives an invitation out of the blue to celebrate her estranged brother’s recent engagement, she has no choice but to accept.

Arriving in the midst of a threatening storm, Elin immediately feels on edge. Though it’s beautiful, something about the hotel, recently converted from an abandoned sanatorium, makes her nervous – as does her brother, Isaac.

And when they wake the following morning to discover his fiancée Laure has vanished without a trace, Elin’s unease grows. With the storm cutting off access to and from the hotel, the longer Laure stays missing, the more the remaining guests start to panic.

But no-one has realized yet that another woman has gone missing. And she’s the only one who could have warned them just how much danger they’re all in . . .

Written in third person present the novel centres around Elin, although hers is not the only POV throughout The Sanitorium.

I found Elin to be an extremely irritating character.
Yes she is having a hard time of it, but I grew quickly tired of her constant helplessness and refusal to even try taking action.
The whining is never ending and her relationship with Will seemed completely pointless to me. In fact I felt sorry for Will more than anything, I was fed up with Elin a few chapters in.
I’m sure I’d be more patient and forgiving in real life, but I read to escape, Elin is a vortex of depression and boredom- so much so that I almost gave up at 30% in.

The setting and the slow burning mysteries of murder and disappearance were marginally enough to keep me invested in The Sanitorium.

Unfortunately, once the initial beauty of the hotel and surroundings sinks in, the descriptors also become repetitive and start to lose their charm- This novel could do with some heavy editing in my opinion. I felt there was a lot of chaff in the wheat, is that the saying?

There’s no subtlety in The Sanitorium, no room for nuance. Every character action is either explained in detail as either Elin or Adele realises for herself what’s happening, if not by them imagining all the possible reasons and consequences to come. This heavy handed approach stripped away any building tension.

50% in was a turning point for me. Elin finally begins to develop, the story picks up dramatically and I was finally invested in the mysteries. So many questions I needed to answer, I was desperate to see which threads tied together and which were just red herrings.

I raced through the second half of The Sanatorium but the reveal didn’t really fit the rest of the novel and the epilogue was pointless and unnecessary.

I enjoyed a third of The Sanitorium at most, definitely a middle-of-the-road book for me.

One thought on “Book Review; The Sanitorium- Sarah Pearse” 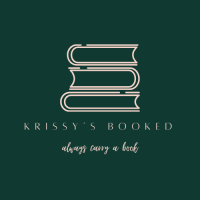 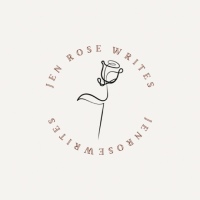 Be Reading. Be Inspiring.

Read And Review It

Reviewer of YA fiction

A Minnesota girl and her books

Booked on a Feeling

The Magic of Wor(l)ds

There's always room for one more...

Books💛 Baking💛 Everything in Between